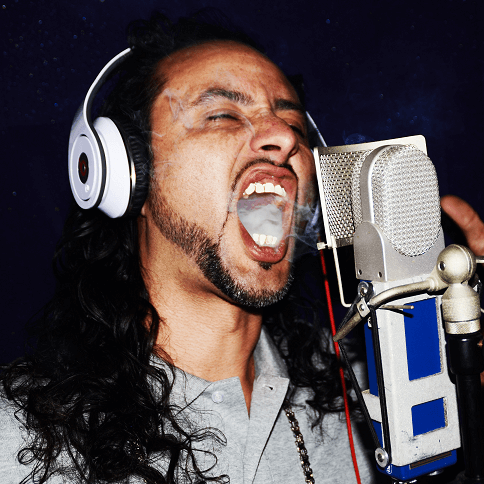 Johnny JRAMA (pronounced “Drama”), is an artist, producer, sound engineer, DJ, businessman and entrepreneur with an incredibly diverse vision. His own brand, JRAMA, transcends music, and explores different niches, ranging from fashion to clothing, modeling and even fragrances.

Musically, Johnny JRAMA has developed a special sound that blends modern hip-hop with a great Southern tone. His tracks are influenced by golden age rap, as well as today's trap music. Most of his songs feature really exciting sonic details, such as tight sounding analog-style beats, lush synth lines, and samples that bring in diverse influences and colors. On top of it all, sits a very vivid, expressive and unique lyrical flow, echoing his background on the streets of Miami-Dade County.

Johnny’s uprising to success started earlier in 2013, when he released his debut single, “Come Vibe Wit Ur Boi”. A year later, he released a brand new EP, “WURK” featuring Alpoko Don (Dondada), which was a further way to showcase his talent and his increasing influence in the local rap scene, and beyond. Johnny JRAMA has even had the opportunity to perform live opening for legendary artists such as Layzie Bone (of “Bone Thugs N Harmony”) as well as Miami music legends The 2 Live Crew, Ice "Billion" Berg, JT Money and “The Mayor" of Miami himself, Trick Daddy Dollars!

Johnny JRAMA’s music and ambitious vision is quickly making headlines, and fans are not the only one's to notice. Industry insiders such as Mr. "My Projects”, Coo Coo Cal, took a special interest in this young artist’s career. The latter actually personally mentored JRAMA in the initial stages of his budding and blossoming career.

Johnny is always busy perfecting his music and building his empire. He's currently working on a brand new music which will be released by JRAMA RECORDS, of which he is also the CEO! With his prolific brand and his diverse imagination, this talented Florida artist and entrepreneur is a true example for all the hustlers out there trying to leave a mark in the world.

For Booking Info On Johnny JRAMA

Thanks for your message! We’ll be in touch soon.